A friend asked me a few weeks ago if I thought I had empathy. I’m not sure if she asked me because she thinks I don’t, or perhaps she thinks she doesn’t. It got me thinking. Mostly about the difference between empathy and sympathy.

Empathy is understanding what others are feeling because you have experienced it, or can imagine experiencing it yourself. I think most of us can say that we can feel sympathy but do we routinely feel empathy or do we just blur the line between the two? Sympathy is simply the ability to acknowledge another person’s sorrow and provide comfort without necessarily understanding it or feeling it yourself. 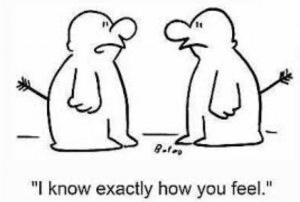 If you read an upsetting article, you sympathize with the subject even though you’ve never met them or gone through what they have. I think to empathize though, you need to be able to imagine that what is happening is happening, or could happen to you and it helps if you know the subject personally. So for example, if one of my male friends has erectile dysfunction and confides this to me, I can sympathize with him but since I don’t have a penis, I could never empathize.

As I roll this empathy versus sympathy thing around in my brain, I realize that the modern world might have an empathy disorder. I think empathy, like anything else, has a hierarchy. A classification of things according to importance or status. As the selfie generation takes over the world, I think empathy has gotten kicked to the side a bit. The world seems to have gotten so selfish.

Personally, I've spent the better part of my life detaching from my feelings and compartmentalizing them. Actively trying not to feel. I think that puts me low on the empathy hierarchy. Feeling often opens doors better left closed.

Crying, in its purest form, strikes me as higher in the empathy hierarchy. When I crawl inside a situation and either empathize or sympathize, it is usually about a person or an animal being wronged in some way. So am I empathizing with the people and sympathizing with the animals? 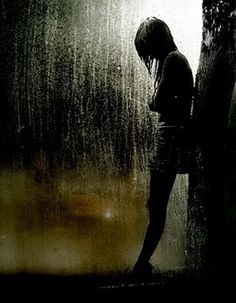 I’m sure it’s different for everyone. If someone was wronged in a way that you have been wronged, and you feel something, maybe that is automatic empathy. Or do you need to really know them in order for it to be? Is it sympathy? Is it pity? Is it compassion? Is it something else?

If you subscribe to the idea that society has become a new ME generation and everyone is about themselves, then maybe we only feel something when it relates to our situation and our feelings. If so, then we are all complete a-holes. 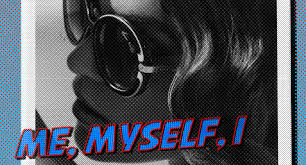 I’ve also been thinking about the difference between nice and kind lately - spurred by that KIND granola bar commercial - because one of my clients that everyone else thinks is soooo 'nice' is not overly 'kind' at least to me. He fakes it. He's a complete fraud and no one else seems to see it. "He's such a great guy," they say. He's not though. I think people often use kind and nice interchangeably. Someone can be nice on the surface.

Nice is a deliberate act. An act that may be sincere or it may be used to manipulate people. I think kind is a better indicator of someone’s true character. Is there a litmus test to tell the difference? It's not looking in their eyes. Tried it. It's not listening to their words. Tried it. It's not even discernible in the footprint of their actions. Regardless I'm choosing kindpathy over the other better known pathys. I think of it as empirical and experiential kindness. See everyone as your kindred spirit. I realize kind is derived from "kin" but I've seen the way some people treat their families so I'd say we have to go beyond that to a deeper kinship if you will. I just haven't quite figured out how to quantify it yet.

Are the constructs of kind/nice and empathy/sympathy related? Are kind people naturally more empathetic? Are nice people automatically sympathic? Is it a continuum and we all fall somewhere along it? I don’t know that we humans are empathetic enough to be able to do this, and for that, you all have my sympathies.

Meme Deconstruction #13: Get your head out of your ass!

If only we could all just 'get real,' what a wonderful world this could be. Time to wake…

Faking it? How to Spot It and How to Fix It

I’m often accused of being too judgmental. I would say that is...uhm yeah, accurate. I can be…