More and more I find I am filled with hate. Like most people, I hate the world right now. Shitty things keep happening globally. Mostly though, I direct the hate at myself but I manifest it in anger towards others. I hate people I don’t even know. The littlest thing sets me off. I’m a ragey driver. I’m a snarky consumer. At first I just thought it was a phase and it would pass but in the last few years, it’s become woven in to my subcutaneous tissue. I have to work to suppress it. I turn it inward and push it deeper to control it. To keep myself from spewing out venom every time I get pissed off. I want to believe it is hormones or an offshoot of an old concussion but the truth is, it’s not. It me, and it’s a storm that’s been brewing my entire life. 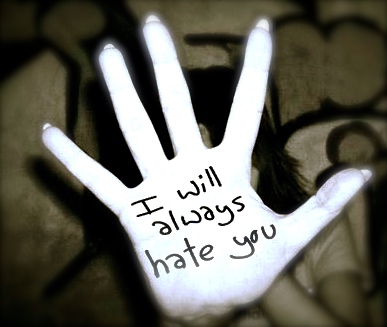 I think it all comes from the realization that my life didn’t turn out. I didn’t turn out. Every thing I had planned. Everything I thought I wanted, in the ways I thought I wanted it, I just couldn’t get. I got things that, on the surface, were similar or desirable, but to me, they represented my failure. Failure is a bitter pill for me. I was raised by an early adopter of feminism. I wasn’t designed to fail. At one point, I had it all or so I believed. A future full of promise. I was raised to be strong and articulate. It would have seemed that I could have had it all. I stopped myself. I couldn’t allow myself to have it all. That would have meant living up to that impossible standard. My raging feelings of emptiness made me punish myself. I sabotage all good things that come my way. At first it was unconscious but as my “good years” drew to a close, I began to consciously experience it. 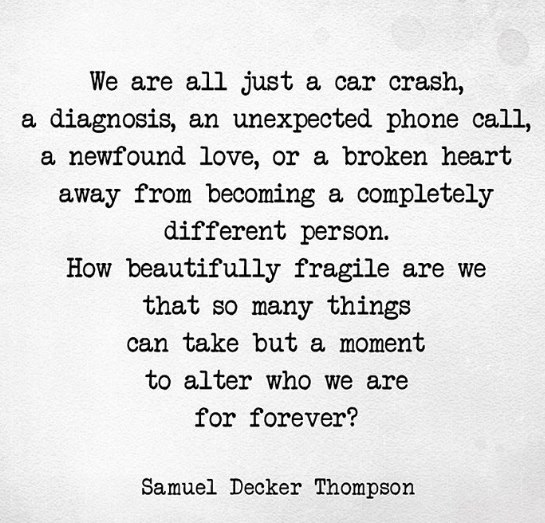 I think many of us have these feelings, but as we grow, they evolve and we compartmentalize them and overcome them. I compartmentalize so much that I’ve run out of room. So that evolution didn’t happen for me. I’m emotionally stunted. I'm childlike in my inability to cope with loss. I Benjamin Buttoned it: I went in reverse. I have become more insecure and more self-doubting as I’ve gotten older.

I was not this bad when I was young. Oh sure, I had moments where I wavered but I could fool myself, and everyone, back then. What I had, that I don’t have now, is a sense of fearlessness and wonder. I feared nothing. I wondered about everything. I’ve since flipped that script. I certainly didn’t fear failure per se. I only feared the rejection component. I didn’t fear aging – I wanted to be taken seriously and aging helped with that. Now I fear everything and that fear has bred hate and rage. I hate seeing people with “more” than me. I hate seeing people happy in their jobs and their life. I hate seeing women thinner than me, prettier than me, taller than me, more fashionable than me, more intelligent than me, funnier than me, sexier than me….everythingier than me. The truth is, I have never felt that I deserved to be truly content. I needed to keep my "edge." I hate that that became my reality. If you tell yourself something for long enough, the lie becomes the truth. I’m surface happy. I’m not deep happy. I never felt I deserved to be exceptional - that was what was expected of me. That only leaves ordinary. Ordinary is not a happy place for an overachiever. 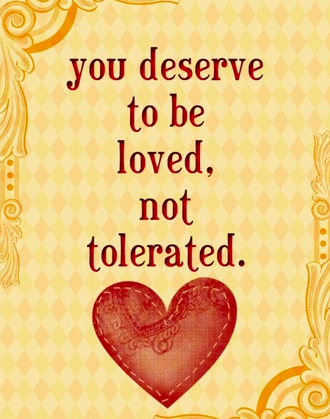 At the crux of it was the nagging feeling that I never felt worthy of love. I started out thinking that love meant both people had to love each other madly.
Naive.
Then I came to believe it only matter if I loved him.
Stupid.
Then he just had to like me.
Hopeful.
That became he had to be able to tolerate me.
Despair.
Then I thought well if I love hard enough and give everything I have, it will be enough to make up for his side.
Delusional.
Turns out it wasn’t enough. Then I thought everything would be okay if I felt nothing for the other person so I learned to separate sex and love.
Pathetic.
All that did was drain me to the point where I was empty. I felt comfortably numb and there is a void inside me that grows bigger everyday. So now I don’t know what love is. Now I just know what hate is. How it tastes. How it feels. It makes me feels afraid and anxious. Yet strangely in control. Maybe it's all about control.

I never felt that I deserved to feel safe so I detached. That’s been the hardest thing for me to come to terms with actually. I have never ever felt safe in my life...save for a few brief quiet moments in the arms of someone I thought could love me. This may come from my childhood in Distubria or it may not. Ultimately it doesn’t matter at this point because the die has been cast and the end game is the same. Defeat.

How To Ask Santa For What You Really Want

Dear Santa: I haven’t written you asking anything for Christmas since I was 10 when I found out…

The soul sucker. He looks innocent. He plays nice. He fakes compassion. He has cold blue eyes. He steals…