We are a deeply flawed species. We are the only one that practices both self deception and deception toward others. We have the ability to convince ourselves that we are more important or special than we are. We pump up our own tires by rewarding ourselves for seemingly ordinary accomplishments. We are overly concerned with looking good, not only in the world's eyes, but in our own eyes as well. We tell other people what we think they want to hear in order to paint ourselves in the best light and get our much needed virtual back pat.

Psychologist Robert Feldman of the University of Massachusetts believes that this is all linked to a crisis of self-esteem. When people feel threatened they lie at ever increasing rates. Bald faced lies – those where you leave something out or outright saying the opposite of what is true – corrode trust and can irrevocably destroy our relationships. Journal For Basic and Applied Psychology

Addicts are a particularly interesting breed of liar. Addicts will lie even when it’s just as easy to tell the truth. 90% of the time, the lie-e knows it so the lie becomes irrelevant. An addict’s judgement is impaired though and they lie to maintain their facade. The user has the uncanny ability to justify their behavior by lying about it and at the same time, believing their own bullshit. 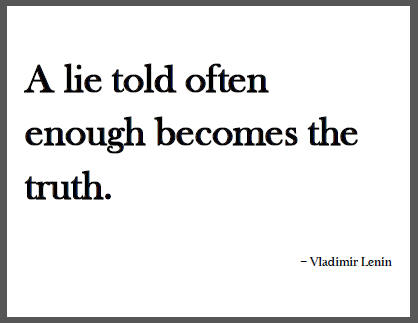 Associate addicts are often part of a group of addicts and in many ways, I think they are even worse. They find safety in numbers. The pack mentality. If everyone is doing it, then it must be fine and to those people who don’t use – well they just don’t understand! What a drag they are!

I think that another reason why a drug enthusiast lies is to avoid conflict. People who use dope are trying to escape something in their life. They use it to self-medicate; to avoid dealing with something in their present or their past. They of course, convince themselves that they just do it because they like the feeling of being high and it’s a social thing. That is a lie that develops once you’ve macerated your brain well past the point of remembering what your life was life before you had your crutch. Armchair addicts surround themselves with like-minded individuals and the hive mind reinforces the behavior. Ever seen a stoner date someone who isn’t 420 friendly?

Denial becomes a powerful skill set at this point making it easier to lie in order to self-protect. Deny you have a problem. Deny that you may have modeled the behavior to a friend or sibling and turned that person into a drug enthusiast. Deny that the dope is affecting your life in any real way:

“I show up for work everyday so obviously I can handle it.”

“I don’t get high EVERY single day - I'm a recreational user at best.”

“It’s not like I use the really hard drugs – "Fill-in-the-blank" is harmless.”

“I can quit any time I want. The difference between me and the rest of my friends is that I can control it.”

All of this is merely a liar sandwich. A big meaty slab of deceit between two slices of white lies with drivel, denial and sophistry on the side. Something to eat when the munchies kick in. 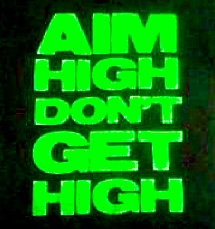 When not high, if an user is confronted, they feel shame so they lie, deny and justify. They are defiant, embarrassed, and they cloak themselves in the illusion of respectability. When confronted with proof of the truth, they shut down. They don’t say much. I’d guess they go home and get high again? I mean, that’s what I’d do if I had a substance abuse problem. It must be exhausting to desperately try and keep up appearances when your dirty little secret spills out. The weak-willed among us will always attempt to overcompensate and paint themselves in a good light and to try and earn your trust back. That’s a tall order. If a drug user had one's druthers, they would have never used in the first place and wouldn’t need to earn back trust. I think they have an inherent character flaw which makes them not up to the challenge. It would take work. Who wants that?

I think many of us ignore or enable the behavior. If you truly love someone though, you just have to speak up. You roar! You toss a bucket of cold reality in their face. If you truly love them, you must fight for them even when they won’t fight for themselves. First off, I guess you have to accept that lies are part of an addict’s arsenal. This goes for anything from pot to meth. You have to tell them you think they are lying every time they open their mouth. Don’t give them a pass. You then have to tell them the negative consequences of their actions – every scenario - because their brain is too burnt to see all of them. Encourage exhaustive honesty and tell them that they have to not only make amends, but earn back your trust. Lastly tell them you love them. While your trust is not unconditional, your love has to be.

Life Hacks: How to Perceive your Reality

Truer words have never been spoken... What if everything that you understood about yourself was wrong including your most…